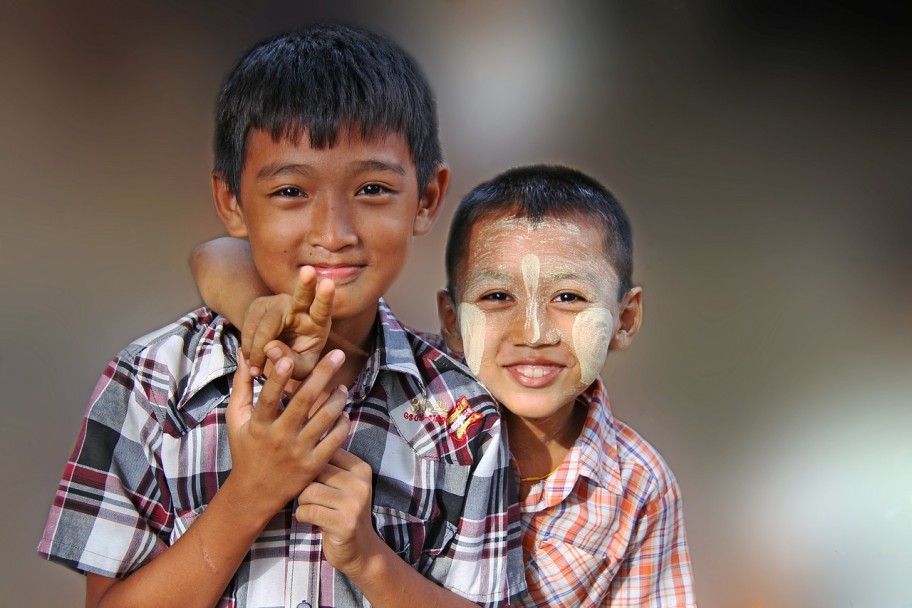 Silence is golden goes the saying. But in the golden land of Myanmar the culture of silence that still dominates so many villages and townships is more an indicator of a dark and repressive past than an allusion to anything shiny or valuable.

The feelings of fear, mistrust and suspicion that make silence the default position for far too many people are the direct results of years of military repression and an historically oppressive and undemocratic governance system.

During the years of repression keeping things quiet was an essential coping mechanism, a strategy for surviving under the tight control of the military junta.

Over many years the practice of remaining silent has almost become a part of the culture that permeates village life, even as the country begins to change and new spaces and opportunities are beginning to open up.

Over the past four years the government of Myanmar has been working hard to build a ceasefire agreement with each of the various ethnic armed groups it has been in conflict with. There are 19 distinct armed groups who claim a case for recognition and who could potentially be part of a nationwide agreement.

The progressive national ceasefire agreement is an historical landmark in a much longer and more transformative peace process that will fundamentally change the relationships between government, its representatives and the people these representatives affect.

Working with a consortium of local and regional organisations I have been part of an initiative that uses dialogue to get people talking to each other and in so doing helps people to realise that it is not only possible to share views and exchange ideas, it is in fact essential.

A collective effort of conflict transformation practitioners and programme design specialists has trained a pool of dialogue facilitators who have been working across the country to initiate a series of local level dialogue processes.

The aim of the first phase of the initiative is to give a wide range of community members a positive experience of a forward looking appreciative dialogue that gets people talking about the present and the future in a different way. This is about creating spaces in which people feel valued and appreciated, and in which different perspectives and points of view are encouraged and protected.

The PDI involves training local dialogue facilitators who then work in teams to run dialogue processes in grassroots communities across the country. The long-term plan is to run these processes in several hundred villages and townships and to build a resource pool of facilitators who can work at multiple levels in support of the peace process.

Typically a community level dialogue would be made up mostly of farmers, with some merchants, local craftsmen and women, a teacher or two, an abbot, a monk, a young initiate, sometimes a health worker and a local administrative official.

Dialogue participation stresses diversity, in terms of gender, age, ethnicity and religion, bearing in mind that every context is different. So far, dialogue sessions have been held in almost all states and regions of Myanmar, from Kachin in the north, throughout Shan and Sagaing, in Chin and Bago, and even in the volatile areas of Rakhine and the urban centres of Mandalay and Yangon.

Carefully facilitated dialogue processes, skillfully adapted to each context, combine to nurture and contribute to building a culture of dialogue, the antithesis to the culture of silence that is so strongly linked to the past. Dialogue will not be able to change everything that needs attention, but it will amplify the voices of grassroots people and encourage the active participation of those who need to be heard.

The spoils of war

But peace is not good for everybody. Some of the merchants have made a lot of money out of the war and the generals who have been assisting them may well prefer the status quo to the unknown uncertainty of a peaceful future. With a general election looming on November 8th the stakes are high and nothing is certain.

Efforts like the People’s Dialogue Initiative, that get ordinary people sharing their perceptions of the way things are and what they think will be important in the future, do not provide a magic solution that fixes all the problems overnight.

But dialogue does present a non-violent challenge to those who do not like peace. It gives people a chance to build support for a peace process and to generate momentum behind a new culture of talking and sharing that makes it that much more difficult for spoilers to benefit unchallenged from the spoils of war.

Dialogue used in this way is about finding the spaces within the villages that were not there before the national peace processes began, and occupying them. The initiative tries to use these spaces and take advantage of them to drive a wedge between the opening doors of a different future, and the doorframes of fearful uncertainty and a rigid past.

Any farmer will tell you that a future harvest of rice depends on our actions in the present. Harvesting a future culture of peace depends in the same way on our efforts today.

Keeping the door of dialogue open and pushing it ever so slightly wider might make all the difference to the resilience of the wider peacebuilding process. At the very least it will influence the way people think about each other and the shared and different perceptions they have about the world around them. If this helps to build a common humanity then at least no harm will have been done.

While it may be only sometimes that silence is ever golden, dialogue for sure can almost always be.

Richard Smith is a conflict transformation strategist and process facilitator, based at the ACTION Support Centre in Johannesburg, and a senior associate of the Centre for Peace & Conflict Studies in Cambodia. He is speaking at RISING 15 on Wednesday November 11.

This article was first published on SALT, October 23, 2015