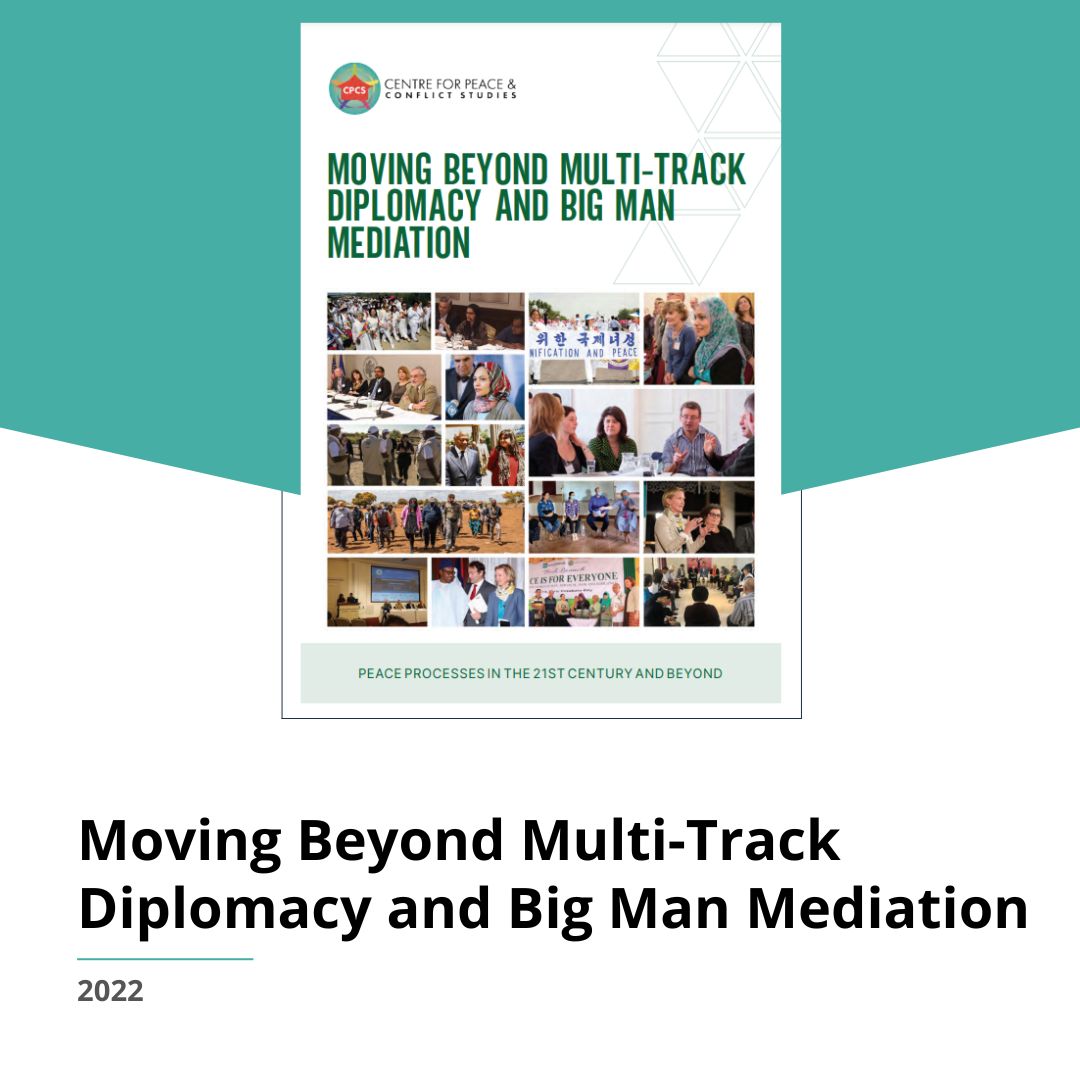 What is mediation in the 21st century? What does it mean to be a peace leader in this time? How could organizations adapt to shocks like pandemics and ever-shifting dynamics? And why should we let go of the “big man” approach to solving conflicts?

We asked seven world-renowned peace leaders at the forefront of 21st-century mediation and peacebuilding to share their experiences and lessons learned to help answer these traditional approaches and inspire those who read it and work for peace everywhere. The writings in this book are excerpted from the 9th Asia Peace Practitioners Research Conference, hosted by the Centre for Peace and Conflict Studies in November 2020. These powerful words and engaging discussions reflect a significant shift in how mediation and peacebuilding are seen.
Videos of each chapter are available. 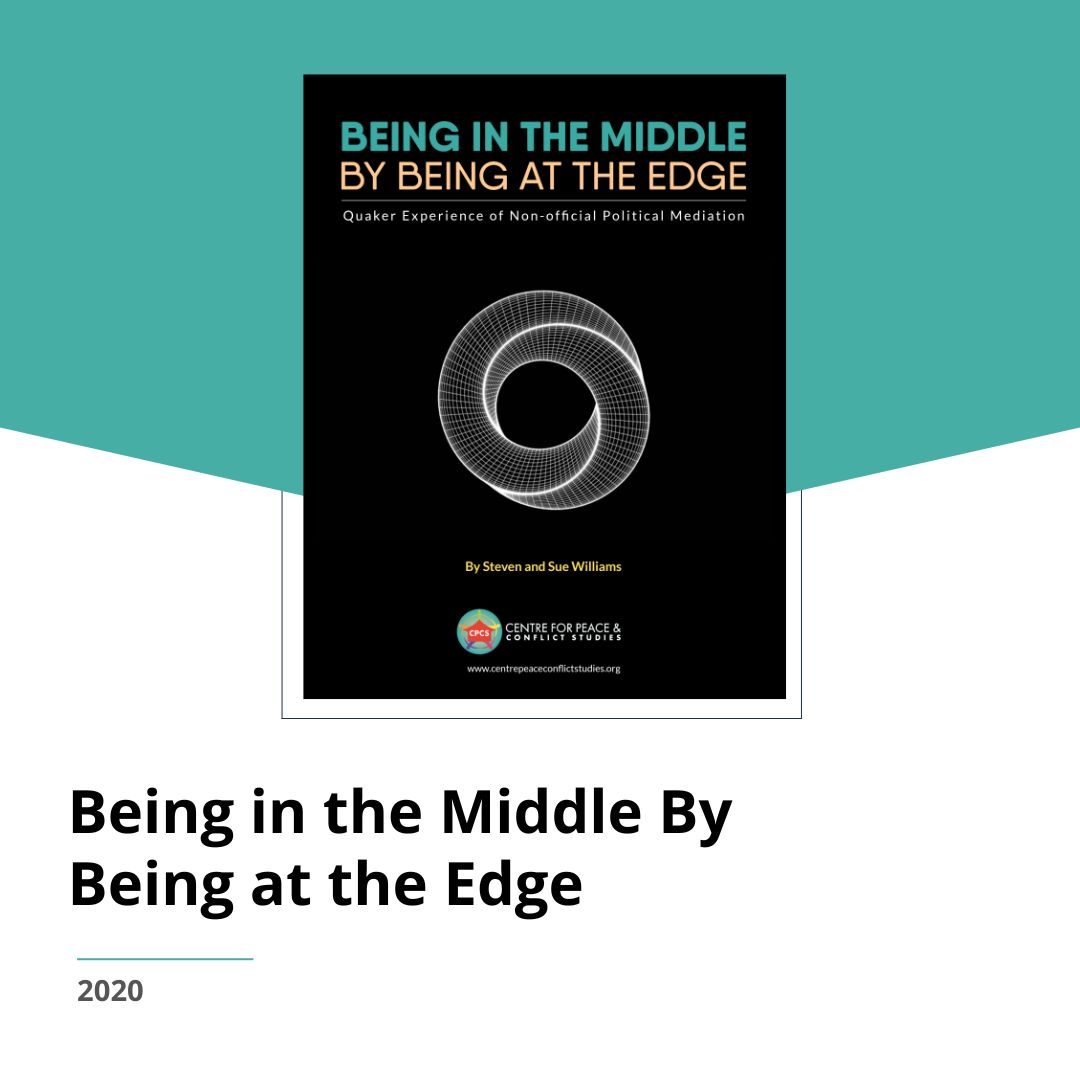 Being in the Middle By Being at the Edge

Being in the Middle By Being at the Edge

This book elucidates the concrete experiences of the authors in political conflict mediation in Northern Ireland and Uganda. Written by two leading Quaker mediators, but, most case studies, quotes, stories and anecdotes described here are from a combination of sources that are useful to those who have acted as mediators and to anyone who may take on this kind of role in the future.  Mediation and negotiation efforts described here provides different perspective of understanding political mediation. Engaging various key peace stakeholders in political settlement and utilizing the approach of working behind the scenes and leading from behind make all the processes possible. 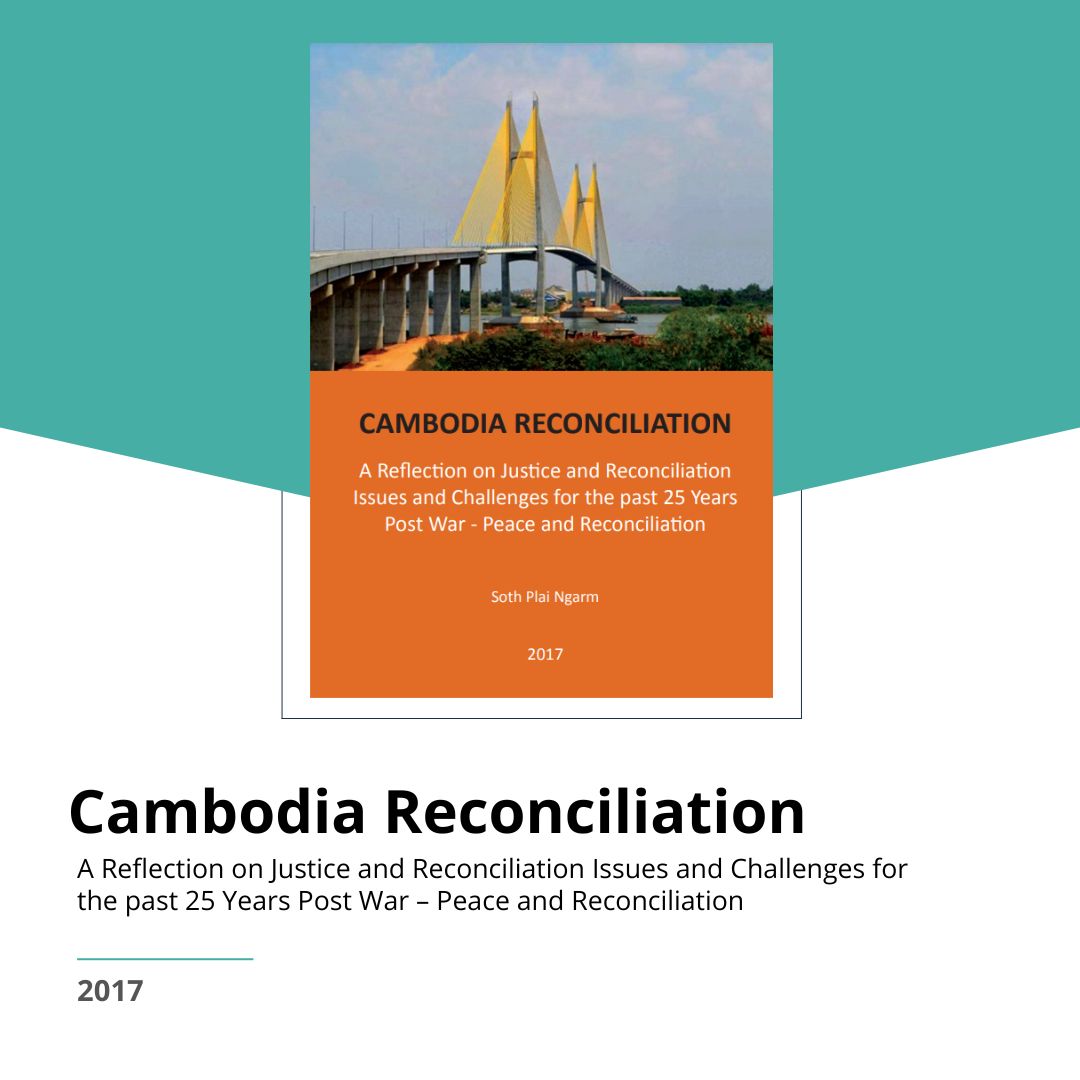 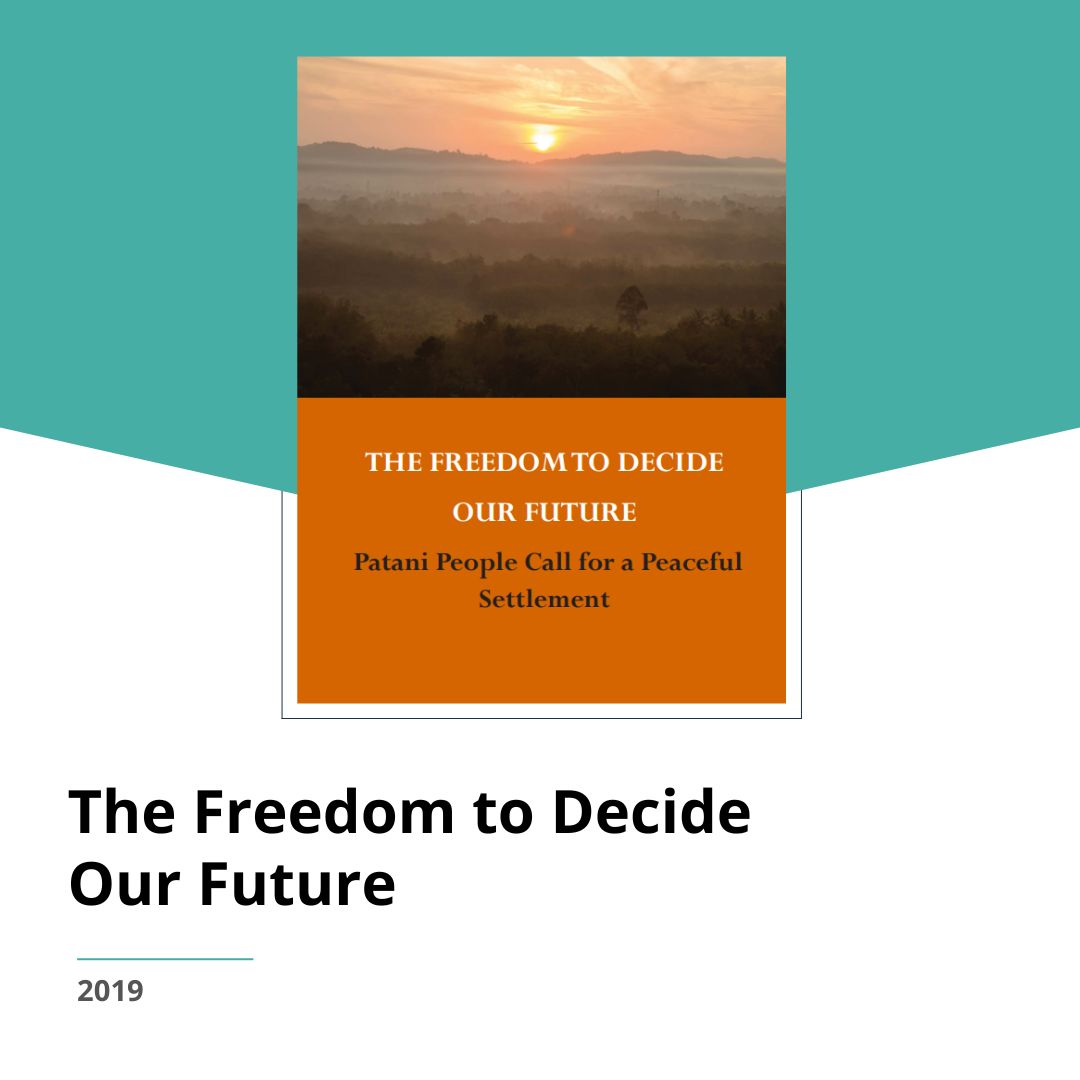 The Freedom to Decide Our Future

The Freedom to Decide Our Future

The conflict in the three southernmost provinces of Thailand has taken close to seven thousand lives since it re-ignited in 2004. The Thai State has been engaged in a peace process with the MARA Patani, an umbrella organisation claiming to represent the insurgency from the South. The Barisan Revolusi Nasional (BRN), widely recognized as controlling most of the armed insurgents in the region, reportedly refuses to participate in the peace process unless the question of independence can be discussed; leaving the formal peace talks in a deadlock. In the midst of these high-level dynamics, a crucial and critical voice must be remembered – that of the every day people who are living in the heart of the conflict. How is the conflict is affecting their lives? What is the impact of the 15 years of violence on their livelihoods, education, culture, identity and dignity? To find answers to these questions, researchers from the region employed CPCS’ Listening Methodology to conduct an in-depth study of the opinions, perspectives and aspirations of the people living in these communities. This publication documents the results of the research, along with key emerging recommendations for the international community, the Thai State, the armed insurgent movement and the general public. 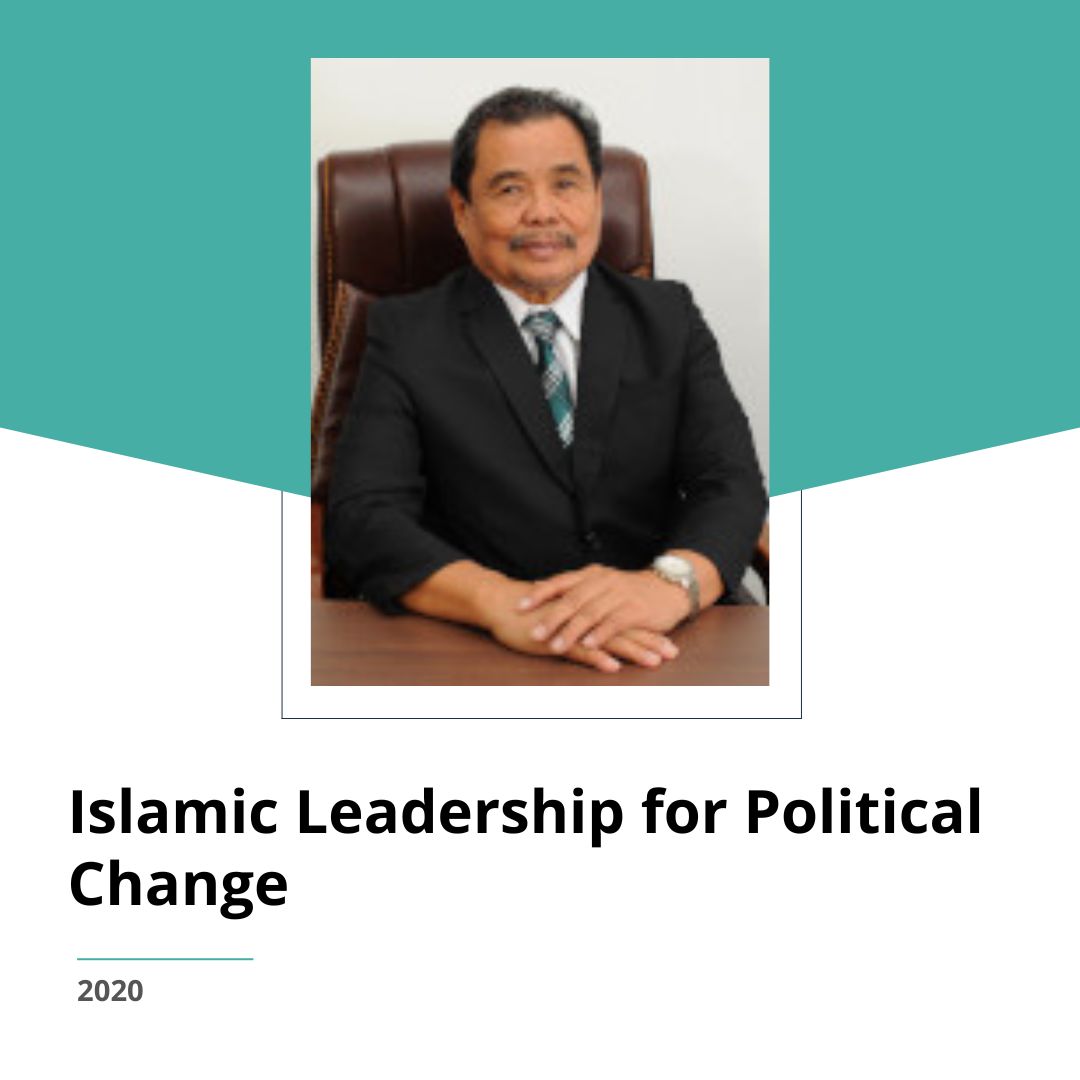 A Message by Minister Mohagher Iqbal, Ministry of Basic Higher and Technical Education, Bangsamoro Autonomous Region in Muslim Mindanao; and Chairman, Moro Islamic Liberation Front Peace Implementing Panel entitled “Islamic Leadership for Political Change: The Bangsamoro Experience” shared on May 26th, 2020 on the occasion of Eid 2020, and at the request of the Centre for Peace and Conflict Studies. 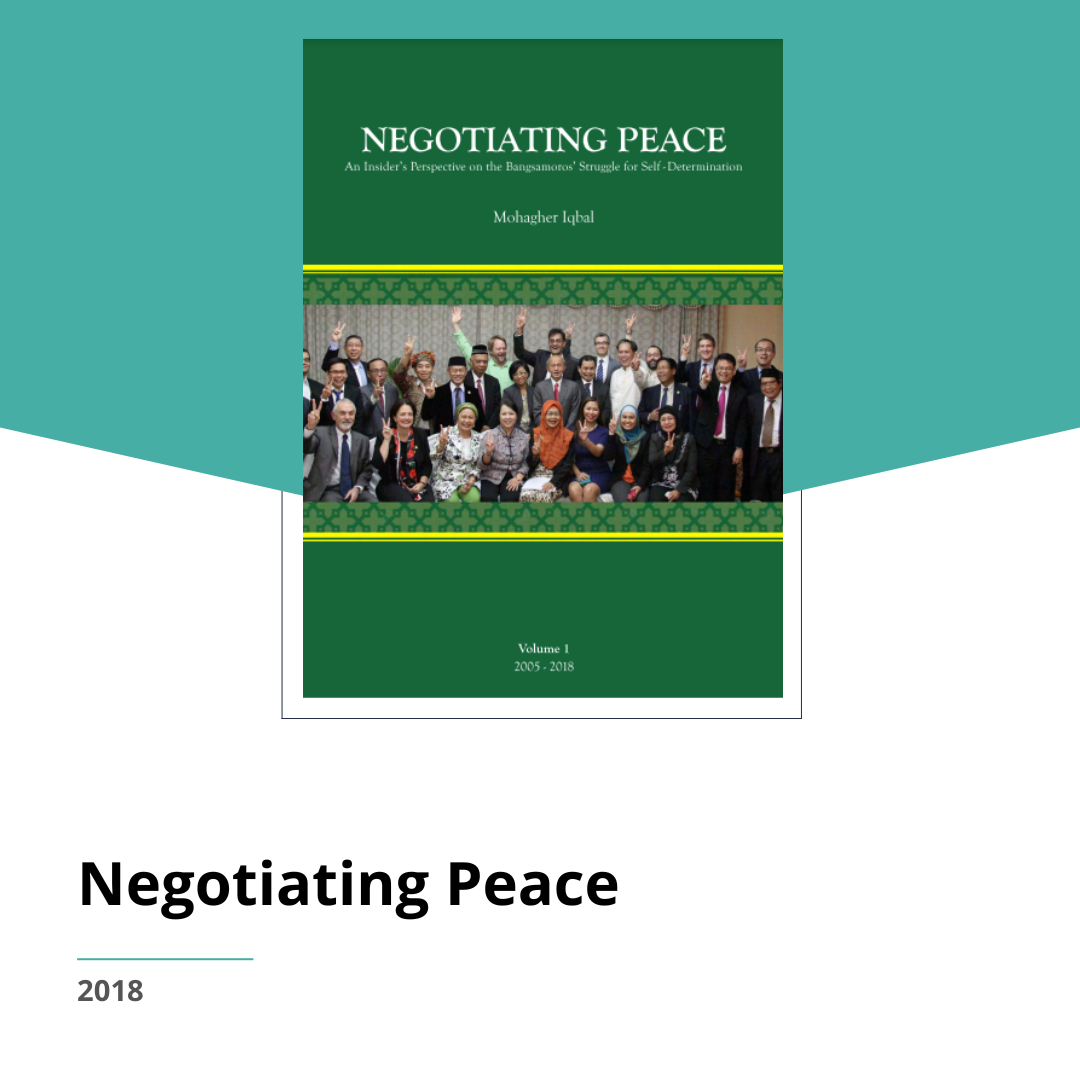 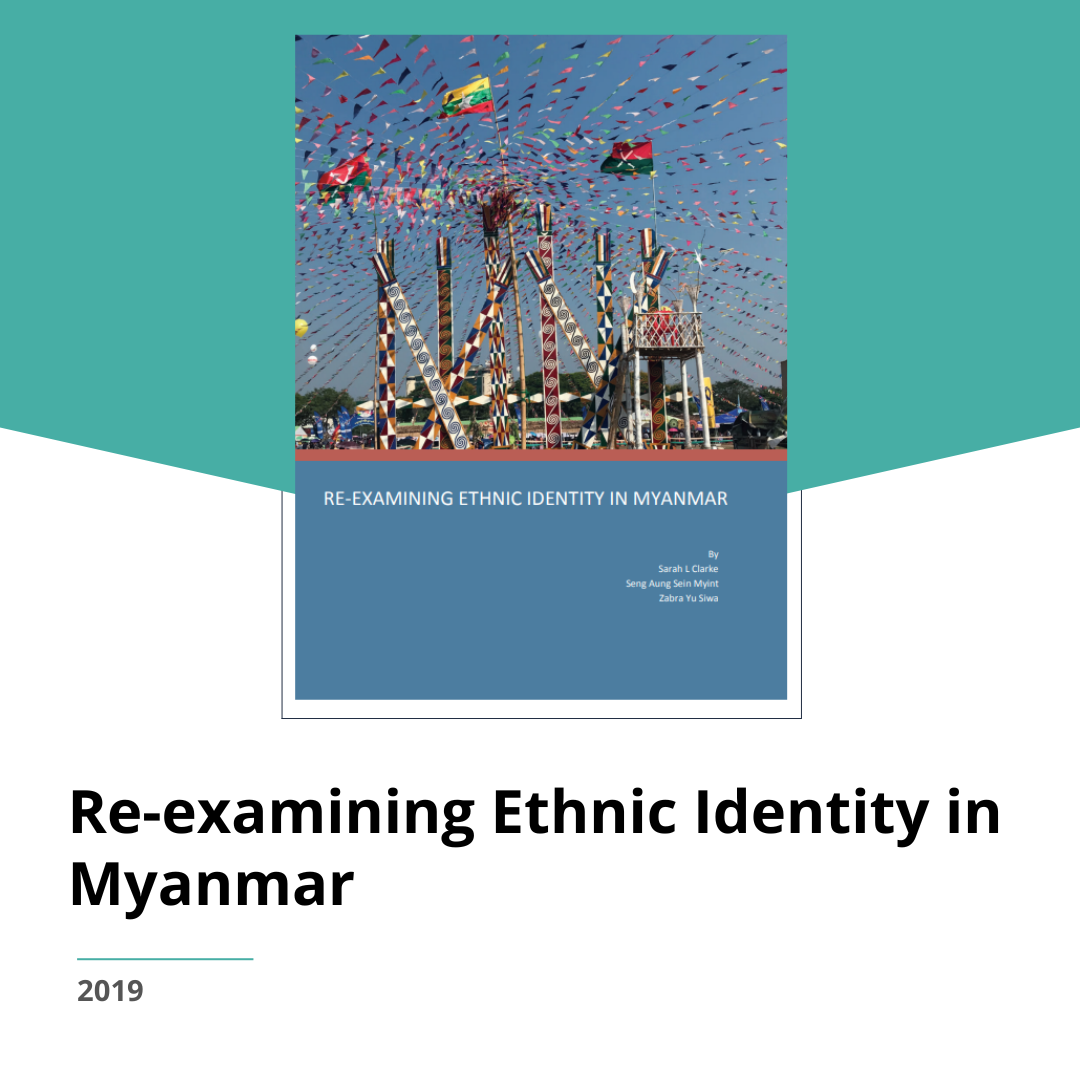 Since its independence from Britain in 1948, the country of Burma, also known as Myanmar, has experienced decades of armed conflict focused on issues related to ethnic identity. Over generations, ethnic-based conflicts have produced severe humanitarian and human rights consequences for many, including death and injury, displacement, gender-based violence, and a lack of access to basic services. A focus on ethnic categorisation and ethnic identity narratives have also contributed to systems and structures that have institutionalised discrimination against some while allocating benefits and entitlements to others, producing a landscape of deep fractures, inter-group competition, and distrust.

“Re-examining Ethnic Identity in Myanmar” re-examines ethnicity from the perspective of diverse Myanmar stakeholders. Emerging from a closer examination of historical experiences and grievances, this report seeks to uncover the ways that ethnic identity has been used for a variety of political purposes. The objective of this analysis is to bring complex root causes of armed conflict in Myanmar to the surface in order to better consider and identify strategies that address long-standing tensions and violence. The report explores these issues with reference to three case studies: one focused on Kachin ethnic identity, one on Arakanese ethnic identity, and one on Karen ethnic identity. The case studies provide additional historical background aimed at grounding the views raised by meeting participants and community stakeholders. The report concludes by considering a range of recommendations aimed at multiple Myanmar stakeholders, including leaders from a variety of ethnic communities, the Myanmar government, and international actors. 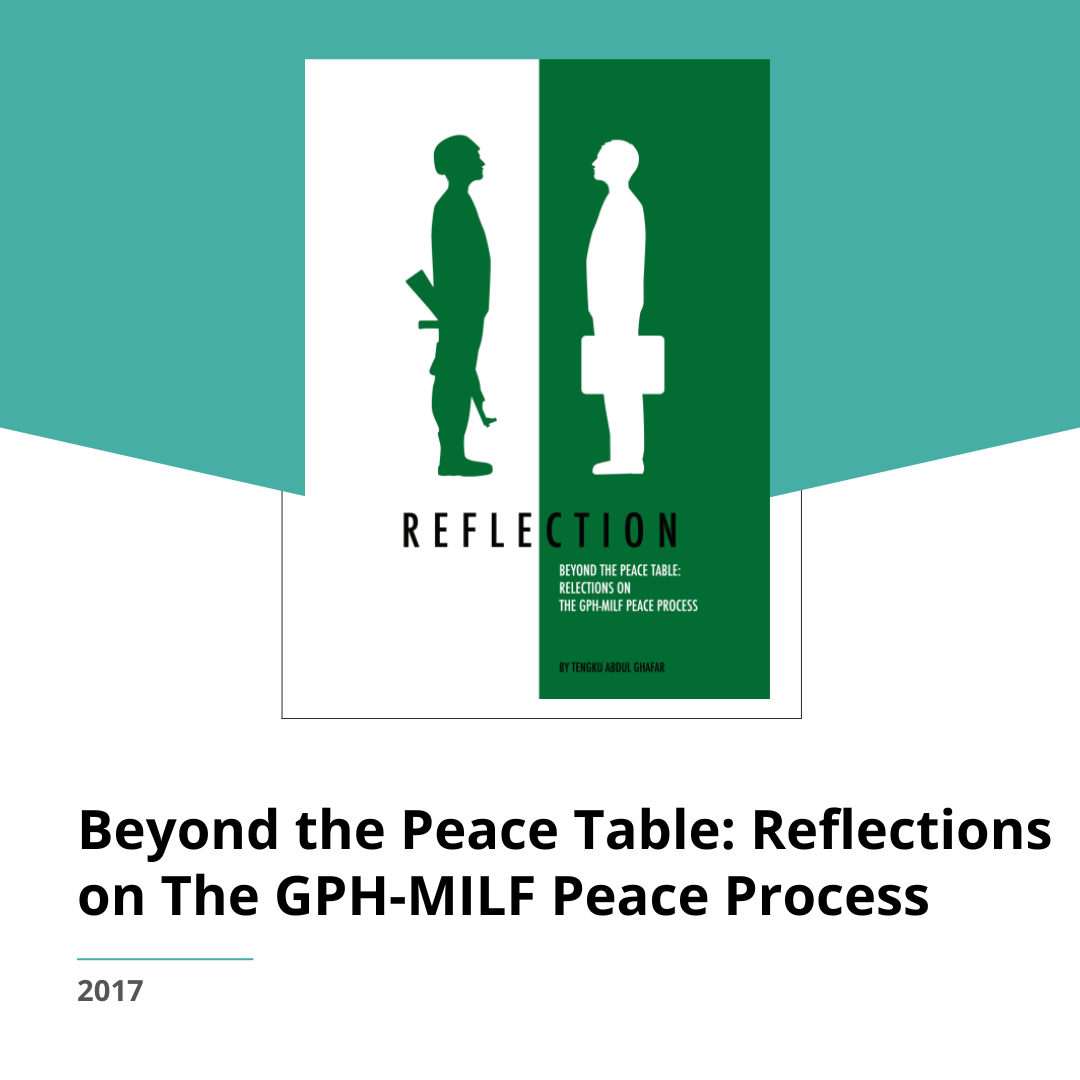 Beyond the Peace Table: Reflections on The GPH-MILF Peace Process

Beyond the Peace Table: Reflections on The GPH-MILF Peace Process

Beyond Peace Tables: Reflections on GPH-MILF Peace Process is a book written by the former Malaysian third-party facilitator of the Government of the Philippines (GPH) – Moro Islamic Liberation Front (MILF), Dato’ Tengku Abdul Ghafar. His tenure as facilitator culminated in the signing of the Comprehensive Agreement on the Bangsamoro (CAB) in May 2014. In the publication, Tengku Ghafar outlines the steps in the peace process towards the CAB, as well as the content of the agreement. In particular, he discusses how he handled impasses and tensions in negotiations through utilising less formal approaches, providing rich detail on the attitudes and behaviour of both parties from a third-party standpoint. The book also provides an explanation of the relevant peace infrastructure in the process, including the Framework Agreement on the Bangsamoro, the International Contact Group, and the different ceasefire monitoring mechanisms.

The book serves to inform the discussions on practical approaches and policy towards peace process facilitation. Peace processes rarely proceed without impasses or obstacles, and sharing Tengku Ghafar’s technique and observations widely enables their application to other on-going negotiations elsewhere.

Listening to Voices from...

Listening to Voices from...

From Street Fighters to...

CPCS produces practitioner-focused research and publications in the field of applied conflict transformation. Produced together with our regional partners, these publications and papers seek to:

Through our publications, we seek to share the lessons learned regarding where we work, the people we work with and the way that we work.