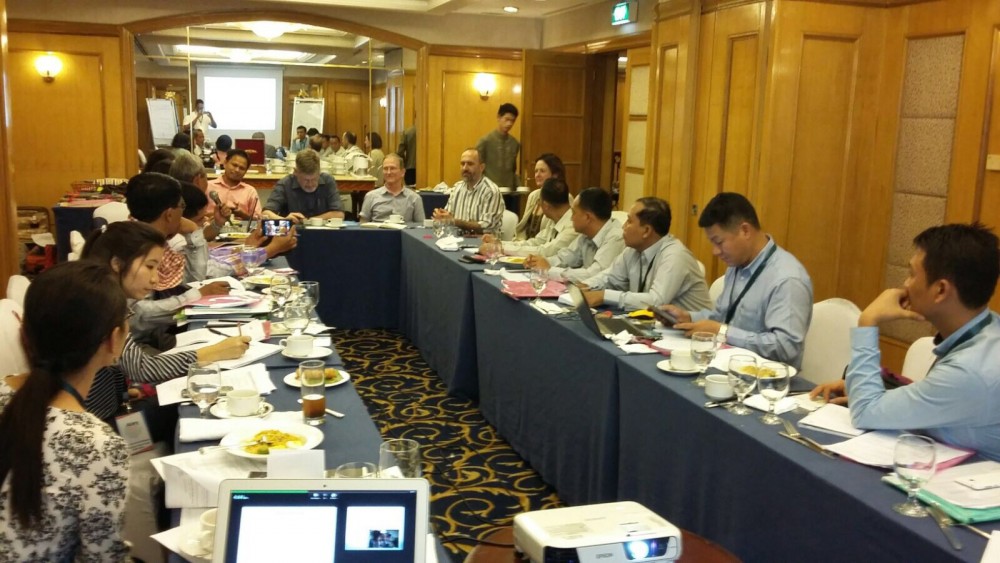 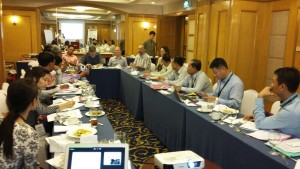 The Myanmar JMC team was met by all members of the Third Party Monitoring Team (TMPT) of the Government of the Philippines-MILF peace process, headed by Former EU Ambassador Allistair McDonald. (Manila Dec 13, 2015)

The Centre for Peace & Conflict Studies (CPCS) organised an exposure visit to Manila and Cotabato in Philippines from December 12-18, 2015 for 10 members of the Myanmar Joint Monitoring Committee (JMC), one of the peace infrastructures created after the signing of the Nationwide Ceasefire Agreement in October 2015.

The trip was the first of its kind to include both members of the Tatmadaw and representatives from Myanmar ethnic armed organisations. 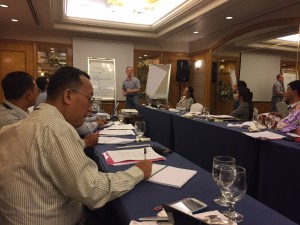 Steve Rood, member of the TMPT and Director of The Asia Foundation, discusses the normalisation process. (Manila, Dec 13)

Key issues discussed over the course of the trip included disarmament, demobilisation, and reintegration and security sector reform, particularly in regards to socioeconomic support for soldiers when integrating back to civilian life and the time frame of their rehabilitation.

Throughout the trip, examples were shared regarding how communities at the grassroots level have been able to help maintain ceasefires and prevent escalations of violence. 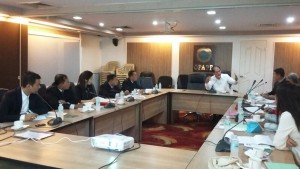 Case studies were presented on rebuilding trust and confidence between the military and the community, redeployment of armed forces into the security field, transitional justice and reconciliation, and the role of civil society organisations and international actors in the Philippine peace process. 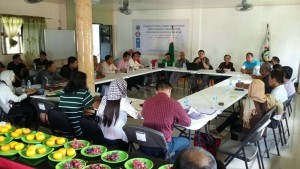 As such, the Philippines presents an ideal learning context for people involved in the Myanmar peace process. One of the main aims of the exposure visit was to create peer-learning opportunities that could help facilitate shifting attitudes and perceptions among key stakeholders about “what works” in transforming violent conflicts.

Participants in the visit had the opportunity to visit peace panels from both negotiating parties, explore ceasefire mechanism structures and meet civil society organisations that work to support the peace process in Mindanao. These diverse stakeholders, representing the government, military, armed groups, communities in the Philippines and international actors provided participants with broad perspectives on various aspects of the country’s peace process.