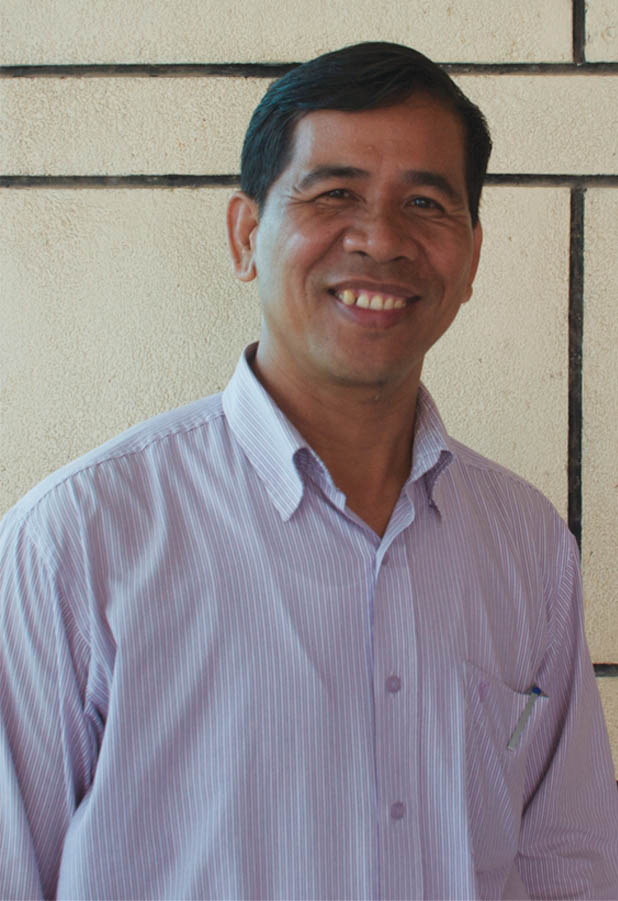 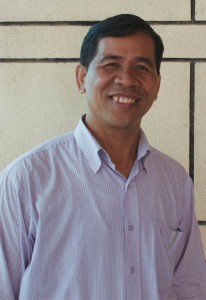 Sokha was eager to share his journal.  In it was an  assortment of quotes that he has been collecting for over 20 years.  He said that he doesn’t recall specific teachers who showed him how to be a leader or what to value in life, but that words from various books, politicians, and scholars are his guide.  When he was younger, he loved reading novels about protagonists who were “brave” and “fought for the people.” They became his role models.

At 10 years old, Sokha survived the Khmer Rouge years. He grew up during the civil war, in an environment where guns were the solution and the roads were dangerous. When asked if today he feels anger or bitterness towards the KR, he said he does not.

“Who wanted to live in the jungle hungry, mosquito-bitten, and with no shelter from the rain and wind?  No one. If the man quit, he would be accused of betrayal then killed.  If he ran away, the army would catch and kill him. They were only motivated by their stomachs. I am not angry with the soldiers.  They were victims, too.”

In 1989 at the age of 18, Sokha ventured from his home province of Takeo to get a higher education in Phnom Penh.  He explained that the most difficult part was arriving in Phnom Penh at midnight, a poor farmer’s son who knew nobody and had no place to sleep.  Five years later, he left the capital with a bachelor’s degree in Psychology and Pedagogy from the Royal University of Phnom Penh and began his career as a teacher.

Sokha is currently the Executive Director of the Youth Resource Development Program,  a well-established, local NGO that offers free courses to university students to develop critical thinking skills and social responsibility. He strongly believes that receiving an education means receiving not a certificate, but rather the tools and ability to respond to changing situations. Today Cambodia is undergoing change unlike any in its history.  Sokha is determined to arm the next generation with the intelligence and conscience to create a peaceful future.

“There are no limitations to the mind except for those we acknowledge.” – Napoleon Hill