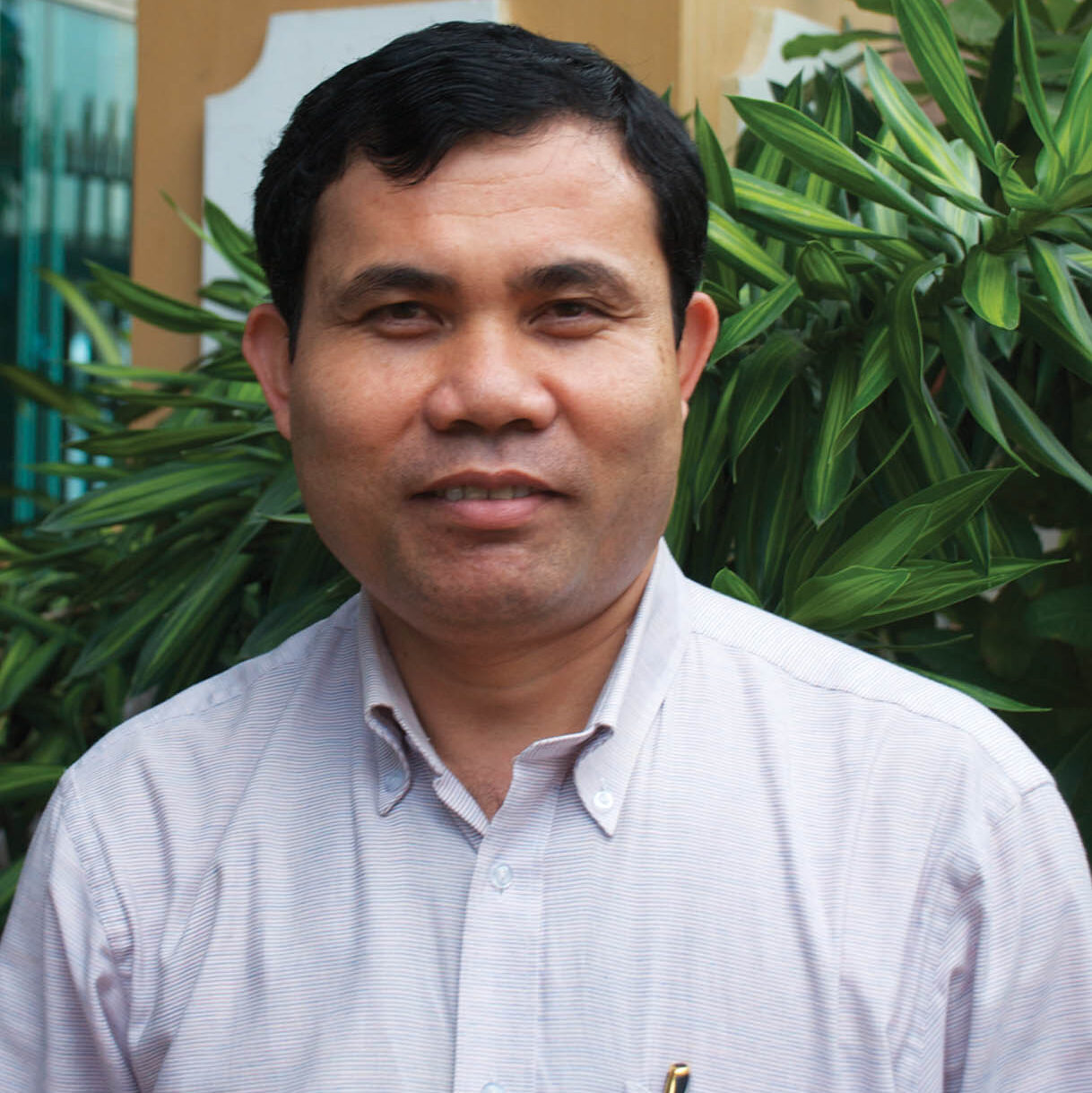 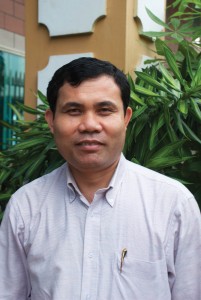 Sinthay began his work with weapons reduction in late 1998, doing fieldwork for a study on the feasibility of removing guns in Cambodian civil society. He says, “I joined the research because I was worried about the increase in gun-use in Cambodia.” He explains that it was especially apparent between1993 and 1998, the years between the UN sponsored elections and the coup d’etat, when armed robberies, brawls, and small conflicts would often end in bullet wounds. Sinthay’s participation in the study was crucial, as he was the mediator between arms dealers and the researchers: “I used my experience as a guerilla soldier to make them comfortable – I used the right terminology and we shared stories about war time and joked around. They did not feel threatened, and they told me information like how available certain weapons were and where they were coming from.”

Before he began his advocacy work, Sinthay was a teenage guerilla soldier fighting to liberate Cambodia from Vietnamese occupation. His experience with firearms and bombing missions motivated his extensive effort in weapons collection: “When I carried a gun, I could walk alone into the forest.  I made riskier decisions because it protected me.  Without my gun I did not walk alone.” Sinthay explains that possessing a gun can change a person’s thinking for the worse; considering Cambodia’s long history of war, he fears that without intervention, future generations will continue to resort to violent solutions.

Sinthay went on to work towards weapons education, collection, and law reform, becoming the director of the Working Group for Weapons Reduction.  There, he and a team lobbied the government to acknowledge that the presence of weapons in the streets was impeding the country’s development; they pressured them to begin a weapons collection program.  In 1999, the Ministry of the Interior organized a nation-wide weapons collection procedure, and in early 2005, the national assembly passed an updated weapons law, clarifying the punishment for those who illegally use or produce guns and explosives. Sinthay notes, “Many weapons were collected, but it does not fix the problem.  Now there needs to be more funding to expand village militia, so villages are safe and people can trust the police and have no need to take up weapons again.”

Sinthay is working to ease Cambodia’s transition from war to post- war. He believes that the absence of weapons opens the doors for communication and is a starting point for building peace.  About his hope for the future, Sinthay says, “I want young Khmer to think less about who is right and who is wrong and more about compromise.  That way conflicts can be negotiated rather than won and a peaceful solution can be made.”