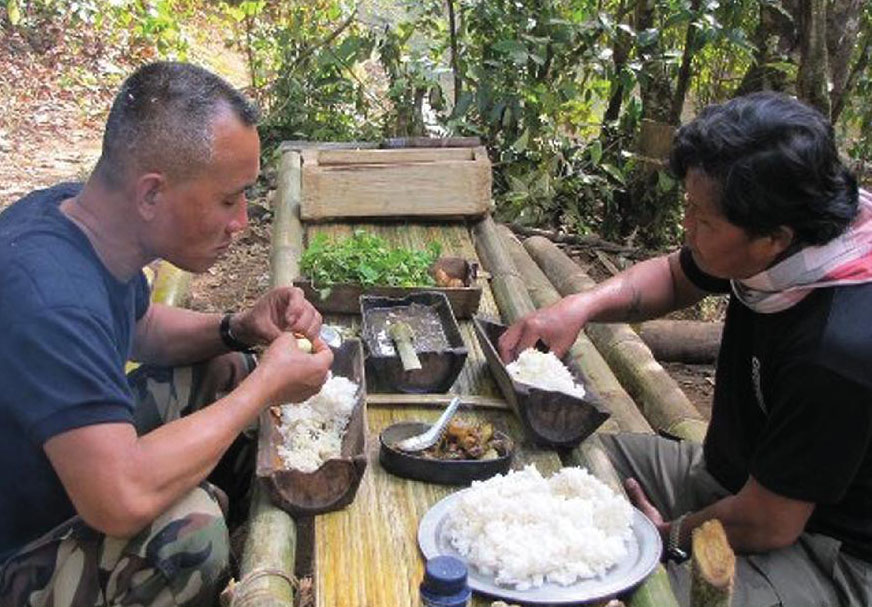 The following is an extract from the CPCS Learning Paper – Building Infrastructures for Peace: The Role of Liaison Offices in Myanmar’s Peace Process.

In the past decade, the peace infrastructure framework has emerged as a key aspect of conflict transformation.

The concept was first developed by John Paul Lederarch who introduced the term in 1999. Since then, scholars and practitioners have used the peace infrastructure framework to analyse the success of existing structures and initiatives in supporting a country’s transition to peace, identifying a number of key theoretical characteristics that distinguish peace infrastructure as a unique approach to peacebuilding.

Central to the idea of peace infrastructure is its multi-sectoral approach. Peace infrastructure engages all levels of society and connects peacebuilding tracks to form a platform for constructive relationship-building between relevant stakeholders. It reflects an inclusivity that challenges the traditional notions of official peace actors, incorporating local and grassroots actors in addition to conflict parties and other state actors.

Peace infrastructure framework is one that arises out of local demands and initiatives to support active community engagement in peacebuilding processes. The domestic foundation of peace infrastructure has meant that current models have not been consciously modelled on other pre-existing structures, but have each arisen organically as responses to the demands of unique contexts.

Today, peace infrastructure embodies many diverse structures across numerous contexts, including peace committees, peace museums, peace secretariats, early warning mechanisms and ceasefire monitoring missions. The peace infrastructure framework has been used to analyse institutions and peacebuilding initiatives in Colombia, Peru, South Africa, and Ghana among other countries, where local dynamics have given rise to a diverse set of mechanisms, platforms, and groups with varying functions and objectives. It should be noted that in these cases, as in the majority of current studies of peace infrastructure, the framework is used as a tool to evaluate the effectiveness of existing institutions rather than an approach to establish new structures.

The domestic foundation of peace infrastructure has oriented the framework towards a focus on internal capacities for addressing and resolving conflict, rather than on imposing outside approaches. Peacebuilding initiatives are derived from local practices and customs, and at times, elevated into national structures and agendas to facilitate more strategic and sustainable interventions. By recognizing and utilising local capacities and resources, peace infrastructures help develop competencies for effective peacebuilding within local contexts. Finally, inherent in the term, peace infrastructure implies an organisational structure, dedicated to the development of institutions and structures to support more effective peacebuilding, providing what Ulrike Hopp-Nishanka denotes “an address for peace.”

The concept of peace infrastructure is built on the belief that changing the attitudes of conflict parties is not enough, and that structural support is needed to achieve conflict transformation. These structures are necessary to coordinate and fortify peacebuilding initiatives to ensure their longevity and effectiveness.

Peace infrastructures may be established at any stage of a peace process and across all levels of peacebuilding in two primary ways: top-down and bottom-up. In top-down infrastructure, the primary initiative comes from national institutions, as seen in Nepal with the foundation of the Ministry of Peace and Reconstruction. The Comprehensive Peace Agreement of 2006 ended years of conflict between Nepal’s Government and the Communist Party of Nepal. To ensure the implementation of the agreement and to coordinate national peace efforts, Nepal established the Ministry of Peace and Reconstruction. While housed in government institutions, the ministry was linked to local peace councils and mediation centres in an effort to strengthen grassroots peacebuilding capacity.

Working at both government and grassroots levels, the ministry delivers an array of peace-services including negotiation support and advice to political parties, as well as community mediation around issues of accessing local justice. Bottom-up infrastructures for peace are those derived from local peacebuilding initiatives, as most notably witnessed in Kenya, where attempts to address conflicts over local resources culminated in the foundation of the Wajir Peace and Development Committee in 1997. The Wajir model of addressing local conflict was so successful it eventually became institutionalised into national policy with the establishment of the National Steering Committee on Peacebuilding and Conflict Management (NSC) in 2001 to coordinate the work of peacebuilders and institutions and ensure the promotion of peace throughout the country.

The NSC’s location within the ministry of state provides it with critical access to key information and state resources, while at the same time presenting a national, structural framework for peacebuilding that unites civil society and other government bodies. The NSC has worked to establish district peace committees to build local capacities, decrease tensions and deescalate potential for violence in regions across the country.

After post-electoral violence broke out in 2007, the NSC focused its attention on establishing measures to identify early warning signs of conflict. These systems proved to be successful in preventing violence during the country’s 2010 constitutional referendum. There has been debate on the success of these models—both have come under criticism for issues including; limited scope and capacity, unclear missions, political dominance and additionally, in Kenya’s case, lack of clear mandates and coordination, funding restrictions and competition with other institutions. Indeed, no existing model of peace infrastructure is perfect.

While peace infrastructure holds great potential in establishing sustainable practices and systems that address the underlying structural causes of conflict, it still faces several challenges, as seen in the critique of the Kenyan and Nepali contexts. Though, cases of peace infrastructure built on bottom-up initiatives that are locally owned and not driven by national agendas or vulnerable to political manipulation are generally more effective. It seems that, to be truly successful and sustainable, peace infrastructure must look beyond official peacebuilding levels to include not only relevant political stakeholders but all of society, focusing on people’s needs as a starting point for peace.