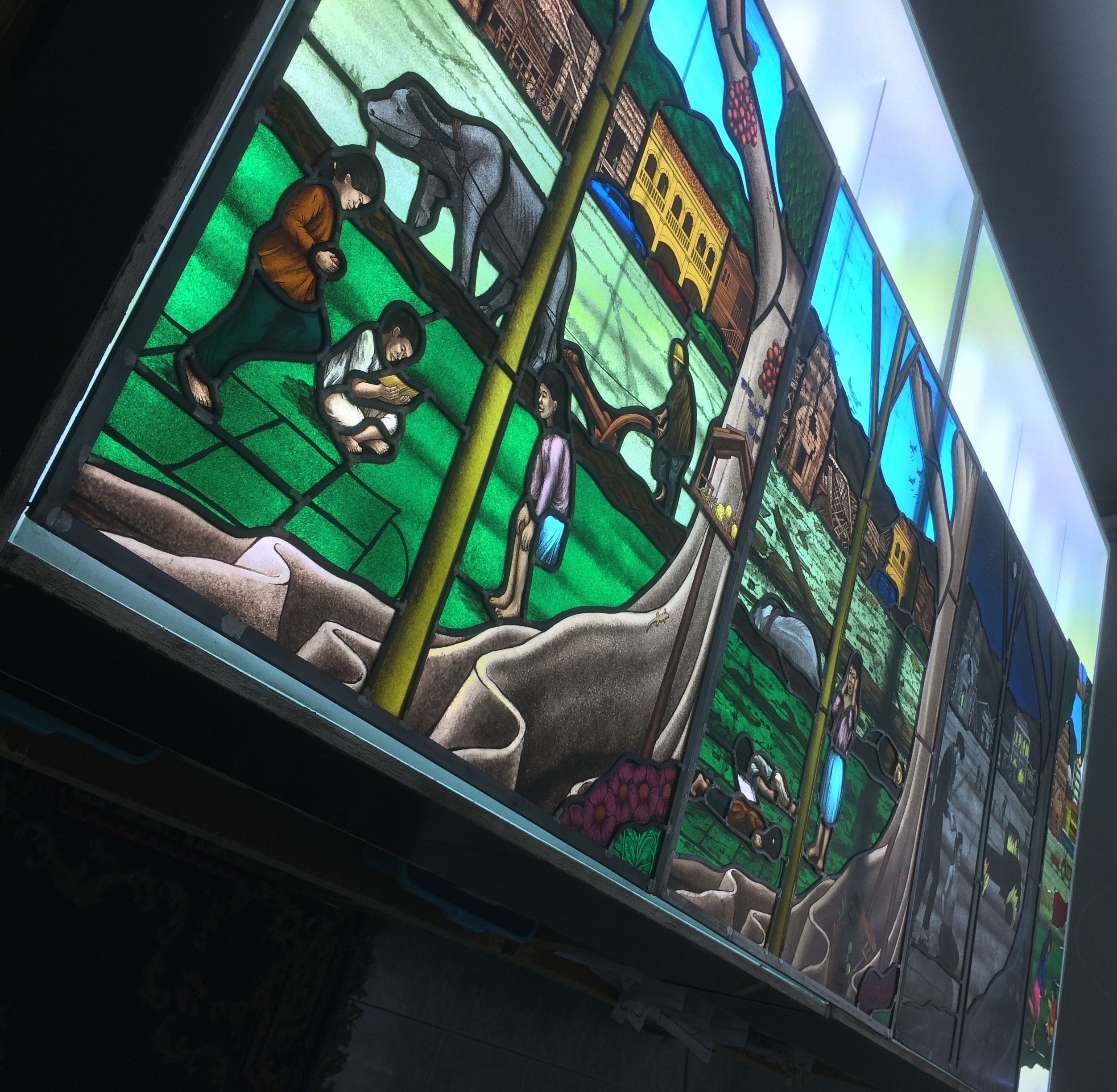 Inspired by the museum’s commitment to celebrating Cambodia’s journey to peace, Australian artists Gerry Cummins and Jill Stehn have created a series of stained-glass windows that they are generously donating to the museum.

Gerry says his inspiration to create the windows is routed in his reflections about the horrors of the Vietnam War and its spread into Cambodia and Laos.  During our recent visit to their studio in Kanchanaburi, the artists reflected on the creative process that resulted in these four windows: 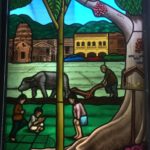 “When I found out about the secret bombing of Cambodia and Laos, I was absolutely disgusted and began joining peace marches in Australia. When we heard about the possibility of making windows for the CPCS Peace Museum, I couldn’t believe my good luck to be sitting in Cambodia and talking about the chance to express my dismay and disgust at what war can do to innocent people.”

“All my life I had wanted to create two windows: One of sleepy Cambodia before the war and one of Cambodia after the secret bombing, which helped to propel Cambodia into the Pol Pot era.” 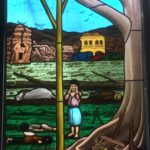 The first two windows in the series represent just this: The first window is an idyllic scene dated December 8,1970, just before the United States and her allies began carpet-bombing Cambodia. The second window shows the sudden destruction of this bombing.

The third and fourth windows were designed after discussions with the Cambodia Peace Museum team about the messages the museum hoped to share. 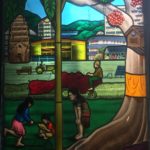 “When I was talking about the first two windows, CPCS then asked an an extremely good question: What about the future of Cambodia? This struck us – looking around at the people we knew and saw in Cambodia, what is their future? That became the next window.”

This window is presented last in the series and dated 2040 – a generation living in a peaceful, prosperous Cambodia. 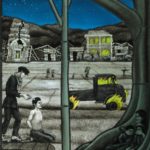 “This left a time span between the bombing of Cambodia and the future of Cambodia, which is why we decided to create this window. It shows the terror of rule by Pol Pot. It’s midnight, it’s dark, it’s gloomy. It is intended to make us think about what actions we are taking in our lives today that could lead us back to such a horrible situation.”

“CPCS asked us, ‘What about a glimmer of hope?’ And so we see the reunification of a family finding each other, running to each other as the family comes back together amidst all of the chaos.”

The stain-glass windows, titled “Cambodia’s Journey”, will be installed as a permanent exhibition in the Cambodia Peace Museum. The museum is set to open in October 2018 in Battambang.

Our deepest thanks to Gerry Cummins and Jill Stehn for their generosity in creating this special series for the museum. Thank you to the Thai-Burma Railway Centre in Kanchanaburi, Thailand for the use of studio space to create the windows.