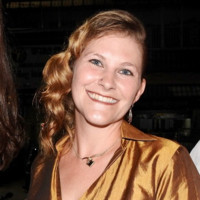 Director of Operations
Centre for Peace and Conflict Studies

Nikki has been working in Cambodia since 2014, though her interest and commitment to the country began in 2009 during her first visit to the country. In her five years with the Centre for Peace and Conflict Studies she has held a number of roles: Initially as the Administrative Support for the Applied Conflict Transformation Studies (ACTS) Master’s program before establishing the new position of Partnership Coordinator and Grants Manager in 2014. In that role, she was responsible for developing and maintaining proposals and funding opportunities across the organisation.

Since 2016, Nikki has taken leadership for the establishment of the Cambodia Peace Gallery, which opened in October 2018 in as an innovative space to learn, share and reflect on the country’s journey from war towards peace, with an emphasis on celebrating the resilience and creativity of Cambodians. Nikki was tasked with developing further the concept for the Peace Gallery, including proposal development, fundraising, and researching and designing the exhibitions.

A native of Connecticut, the United States, Nikki holds a Master’s degree from Boston College’s School of Social Work with a specialisation in global social work. She also holds a Bachelor’s degree in Social Work from Western Connecticut State University.