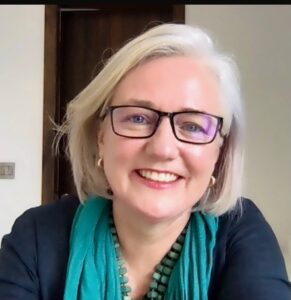 Emma Leslie, an Australian – Cambodian, is the founder director of the Centre for Peace and Conflict Studies, supporting peace processes and conflict transformation in Asia. She developed the MA and Ph.D. programs in Applied Conflict Transformation Studies (ACTS), launched the Cambodia Peace Museum and for a decade has served the Philippine Government – Moro Islamic Liberation Front (MILF) peace talks as a member of the International Contact Group (ICG). Emma has been actively engaged in Myanmar for 25 years, made several peace missions to North Korea, and accompanies many non-state actors in their negotiations strategies. Emma teaches mediation annually at the Swedish government’s Folke Bernadotte Academy to United Nations personnel. Emma is an active steering committee member of both the South East Asia Women Mediators and Peace Negotiators and the Women Mediators Across the Commonwealth (WMC). Emma serves on the board of the Peacebuilding Initiative at the University of Melbourne and the International Advisory Board of Universidade Nacional Timor Lorosa’e (UNTL) Peace Centre. She holds a BA in South East Asia history and politics, a Graduate Diploma in Education, an MA in International Development, an honorary Ph.D. in Education, and the title Order of Australia. Emma was one of 1000 women nominated for the Nobel Peace Prize in 2005, and was profiled by KACIID as a ‘hero of dialogue’. Emma recently founded Dialogue Australia and began a soon to be released podcast – Peacebuilder Who Pack a Punch.