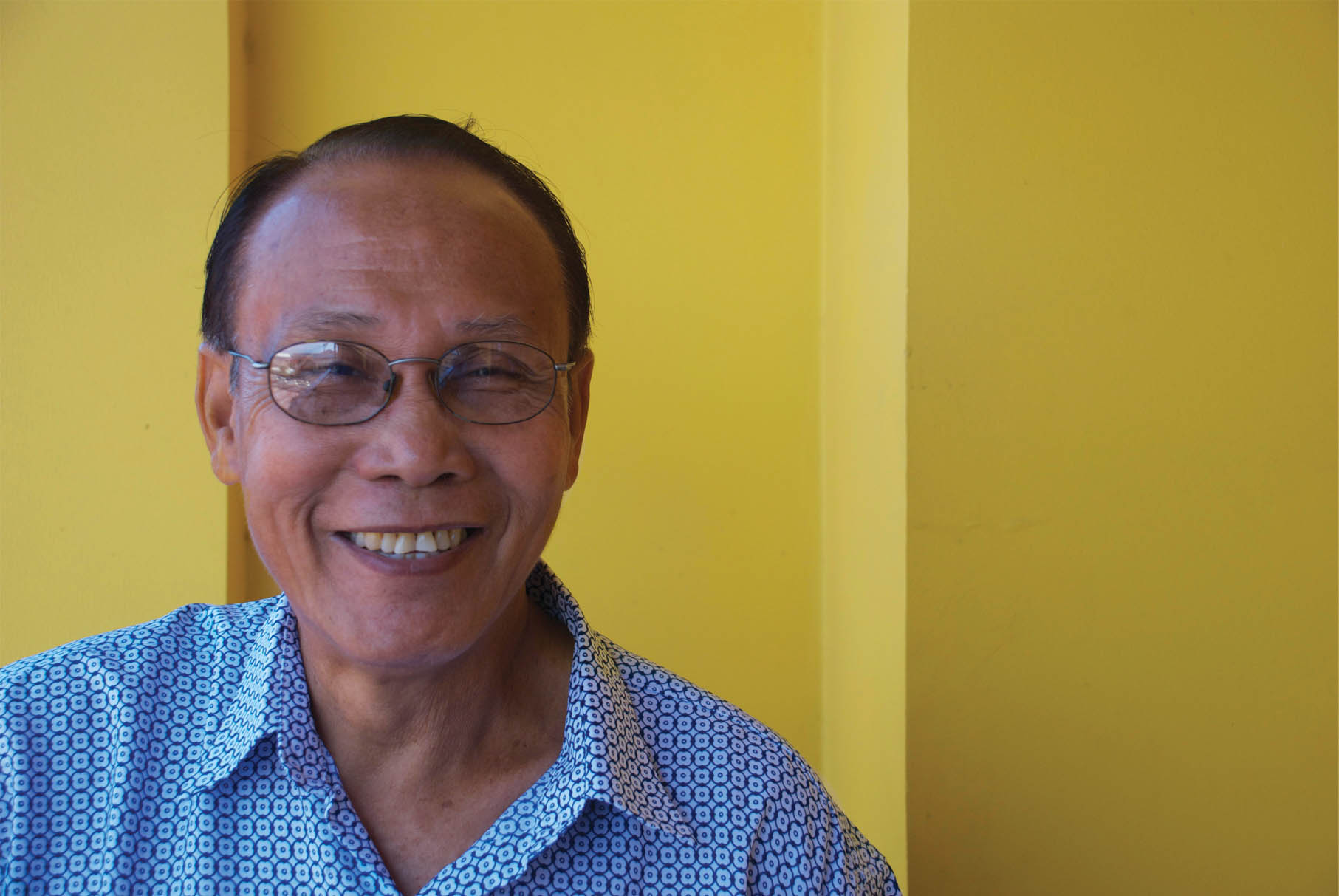 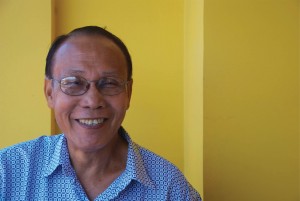 Kassie pointed out the irony in how speaking English had been both a curse and a gift in his lifetime.  On one hand, it was the reason he was suspected of being CIA and tortured for confession during the KR era. On the other, it is the language he’s used to broadcast his story, traveling across the world to educate audiences about humanity and hope.  Kassie is the founder of the Cambodian Institute of Human Rights, a civil organization that has reached out to several provinces with workshops on human rights and made strides to include human rights education in the public school system.  Kassie is also an advocate of good governance and democracy. Between 1997 and 2002 he was the vice chairman of the national election committee advocating fair elections and in 2004, a secretary state of justice.  In 2006 he resigned from political life and returned to teaching English.

Kassie finds a passion for teaching, for interacting with young Cambodians in a way that prepares them for the future.  He gets joy from seeing the students’ progress: “First they understand three or four words, then three or four sentences.  Then they make their own sentences!…They learn English from me, and maybe they will go study more abroad.  And then they might bring Cambodia up to speed with the rest of the world.”

Kassie is one of few survivors of the KR interrogation system.  When asked what was the most important lesson he walked away with, he answered, “Never lose hope. I never lost hope for survival.  Hope kept my brain working…I was able to see opportunities, be creative, and find ways to help myself.” He recalled past times when he had managed to obtain tobacco to trade for traditional medicine, or when he persuaded his 14-year-old jailors to leave him leftover coconuts. From such experiences, he strongly believes that hope lead him to creativity while creativity led him to courage and initiative.

To young Cambodians, he explains that soon, the level of knowledge in the world will be much higher than it is today.  “It is not enough for students today to be satisfied with knowing as much as their teachers. They need know beyond what their teachers know.”  When asked about where he saw Cambodia in the future, Kassie says “Cambodia has many resources:  mountains for dikes, rivers for hydroelectricity, and much more.”  He admits that there is little left his generation can do and so looks to young Cambodians to use their energy and time to educate themselves and their country.  “The level of knowledge is always rising,” he says. “You have to orient yourself towards the future and aim high.